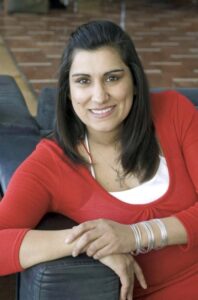 She is a highly acclaimed international speaker and an expert advisor to the courts in matters of child, civil and criminal proceedings, is a chair of domestic homicide reviews and was instrumental in ensuring that all UK police forces are required to improve their understanding of honour based abuse and forced marriage by inspections conducted by Her Majesty’s Inspectorate of Constabulary.

She has received numerous awards including the prestigious Woman of the Year 2007. She was made an Honorary Doctor of the University of Derby in 2008. She was awarded The Pride of Britain Award in 2009 and was named Cosmopolitan Ultimate Woman of the Year in 2010. In 2011 she was listed in the Guardian’s top 100 Most Inspirational Women in the World and in 2012 received the Global Punjabi Award. She was awarded Commander of the British Empire in 2013 in recognition of her outstanding contribution for the victims of forced marriage and honour based abuse and in 2014 was awarded Legal Campaigner of the Year. Jasvinder is also listed as an entry in the 2016 edition of the book Who’s Who and in the same year received the International Woman Award for human rights from the Italian media. In 2018 she was awarded an Honorary Doctor of Law by De Montfort University, Leicester, Woman of the Year by Leeds City Council and in 2019 she was awarded the Robert Burns Humanitarian of the Year Award and also the Sikh Woman of Substance Award.